How to tell which disk Windows Used to Boot

Does Windows expose an interface to discover this? With how big the Windows API is, I'm hoping there is something buried in there that might do the trick.

This question is tagged with windows mbr

If you have multiple copies of Windows installed, the one you are booted with will be named such as:

Unless C: is not the drive that windows booted from.
Parse the %SystemRoot% variable, it contains the location of the windows folder (i.e. c:\windows).

You can use WMI to figure this out. The Win32_BootConfiguration class will tell you both the logical drive and the physical device from which Windows boots. Specifically, the Caption property will tell you which device you're booting from.

For example, in powershell, just type gwmi Win32_BootConfiguration to get your answer.

That depends on your definition of which disk drive Windows used to boot. I can think of 3 different answers on a standard BIOS system (who knows what an EFI system does):

2 and 3 should be easy to find - I'm not so sure about 1. Though you can raw disk read to find an MBR, that doesn't mean it's the BIOS boot device this time or even next time (you could have multiple disks with MBRs).

You really can't even be sure that the PC was started from a hard drive - it's perfectly possible to boot Windows from a floppy. In that case, both 1 and 2 would technically be a floppy disk, though 3 would remain C:\Windows.

You might need to be a bit more specific in your requirements or goals.

There is no boot.ini on a machine with just Vista installed.

How do you want to identify the drive/partition: by the windows drive letter it is mapped to (eg. c:\, d:) or by how its hardware signature (which bus, etc).

For the simple case check out GetSystemDirectory

The disk with Boot volume is disk with windows installed: 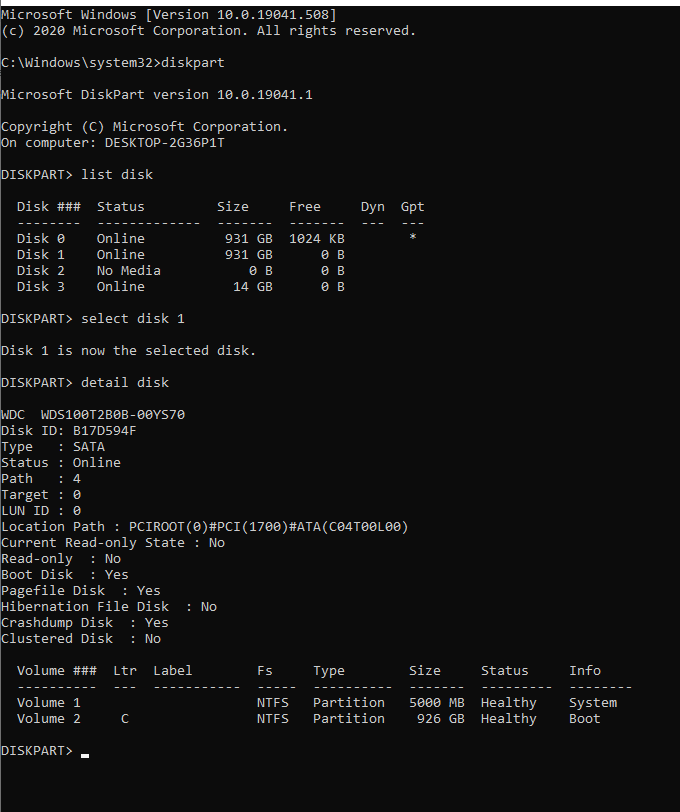 You can try use simple command line. bcdedit is what you need, just run cmd as administrator and type bcdedit or bcdedit \v, this doesn't work on XP, but hope it is not an issue.

Anyway for XP you can take a look into boot.ini file.